Home  /  Examples of Our Work 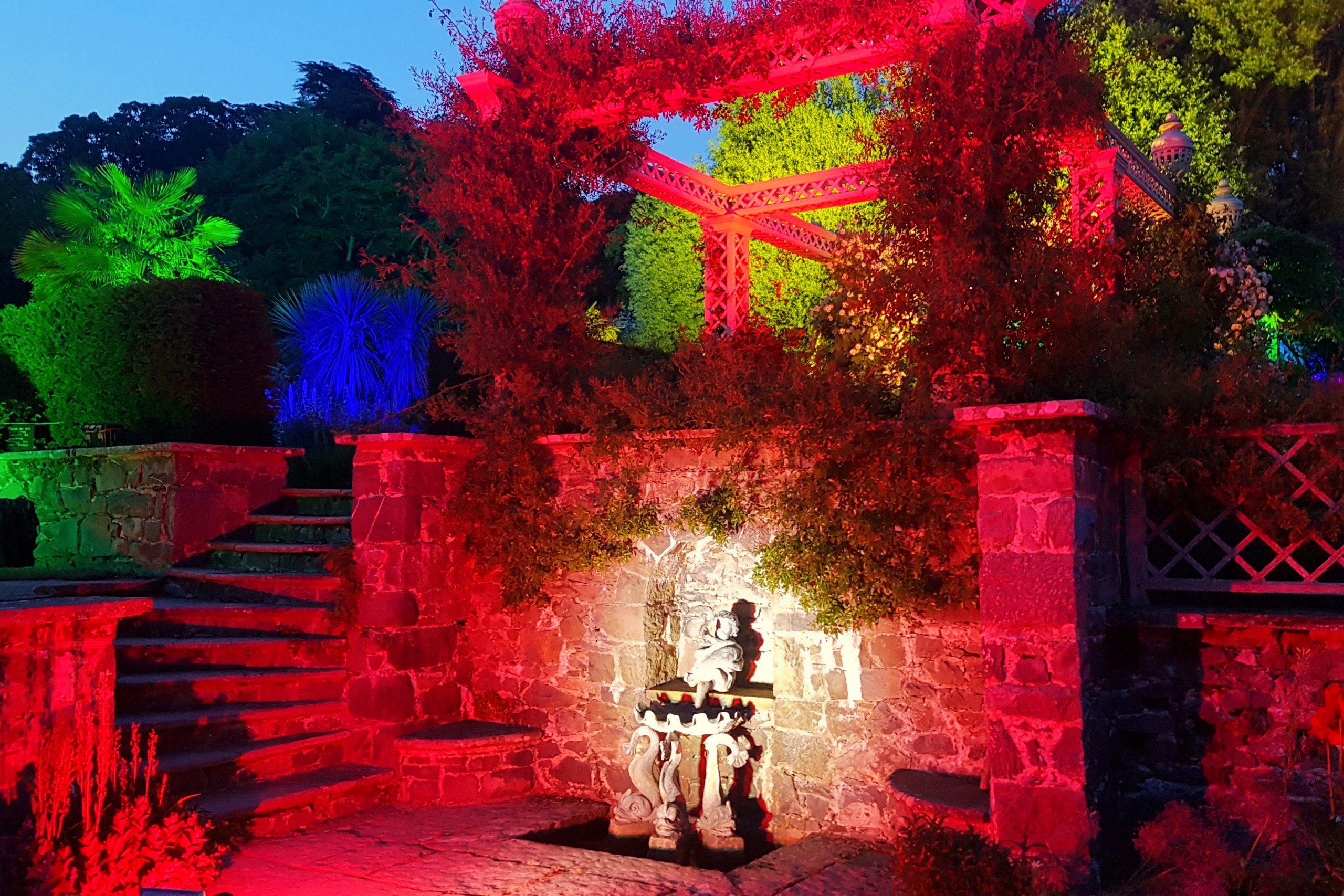 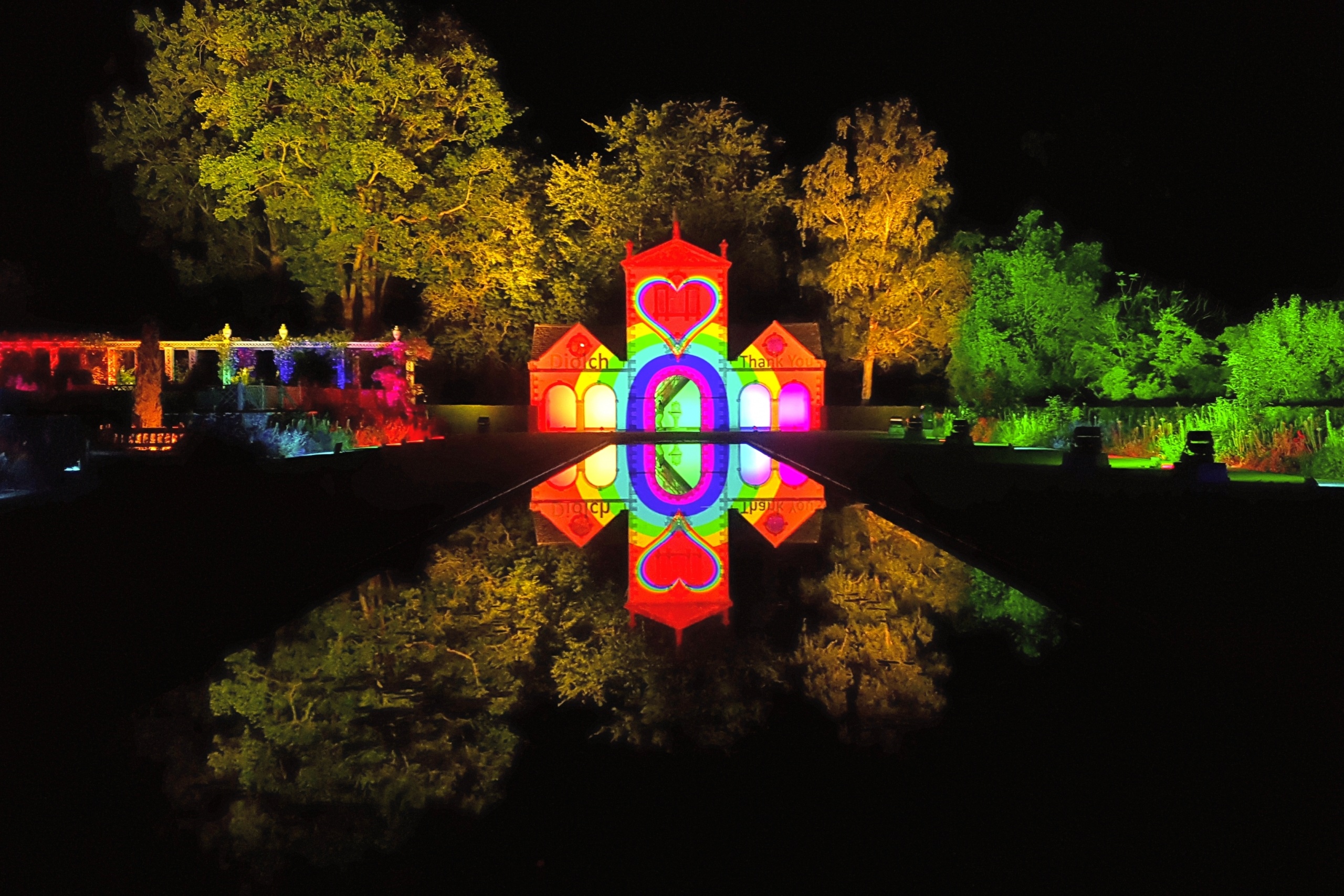 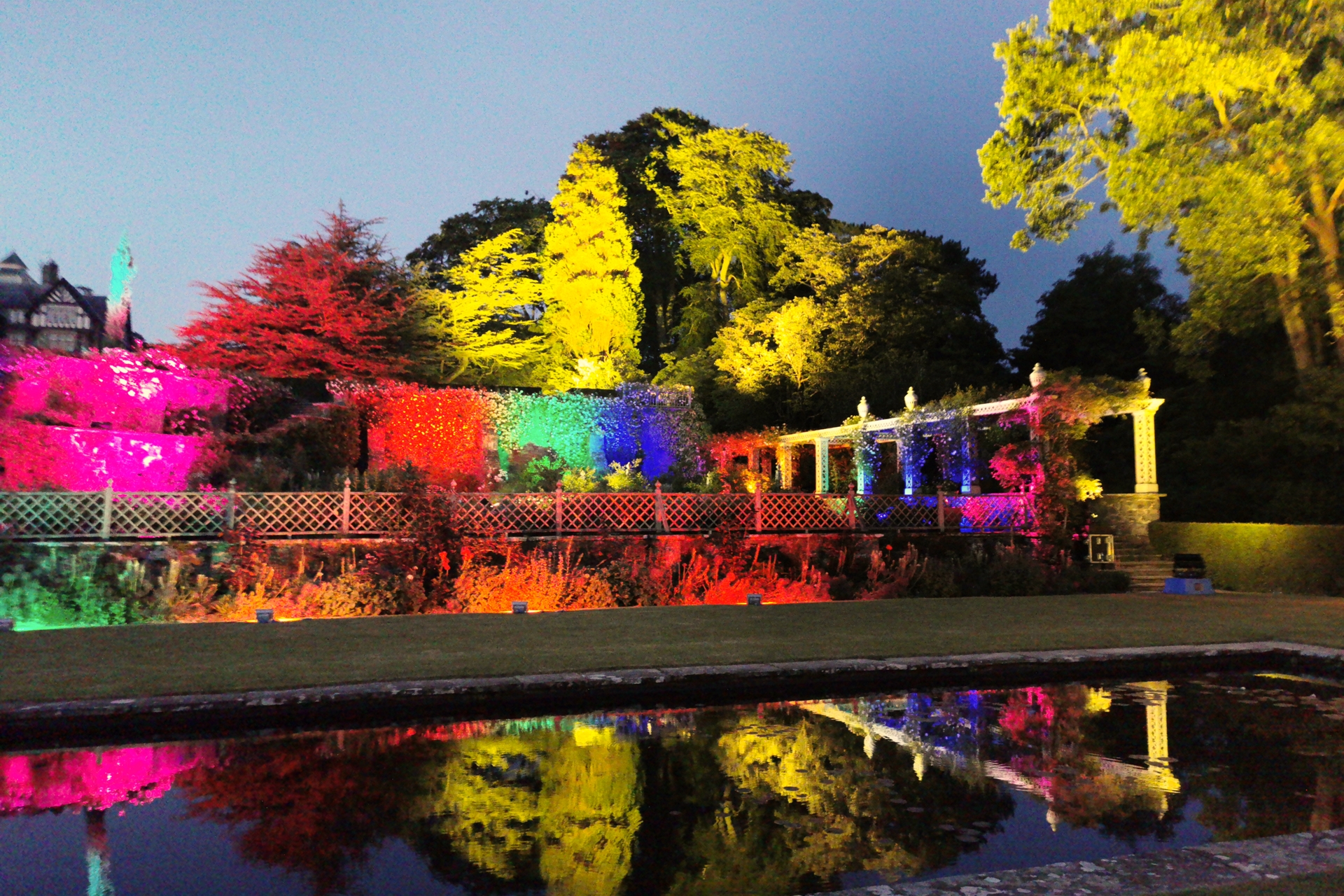 To express a heartfelt message of gratitude to all of the amazing NHS heroes, carers and key workers of North Wales – Illuminated Events were given the honour of lighting up the wonderful Bodnant Garden, with a spectacular display of multi-coloured rainbow lighting.
The iconic North Wales treasure – Bodnant Garden – was lit up and transformed into a beautiful glowing garden of light, with a multi-coloured rainbow of outdoor lighting and projection – bringing a wonderful new light of hope for the North Wales community. 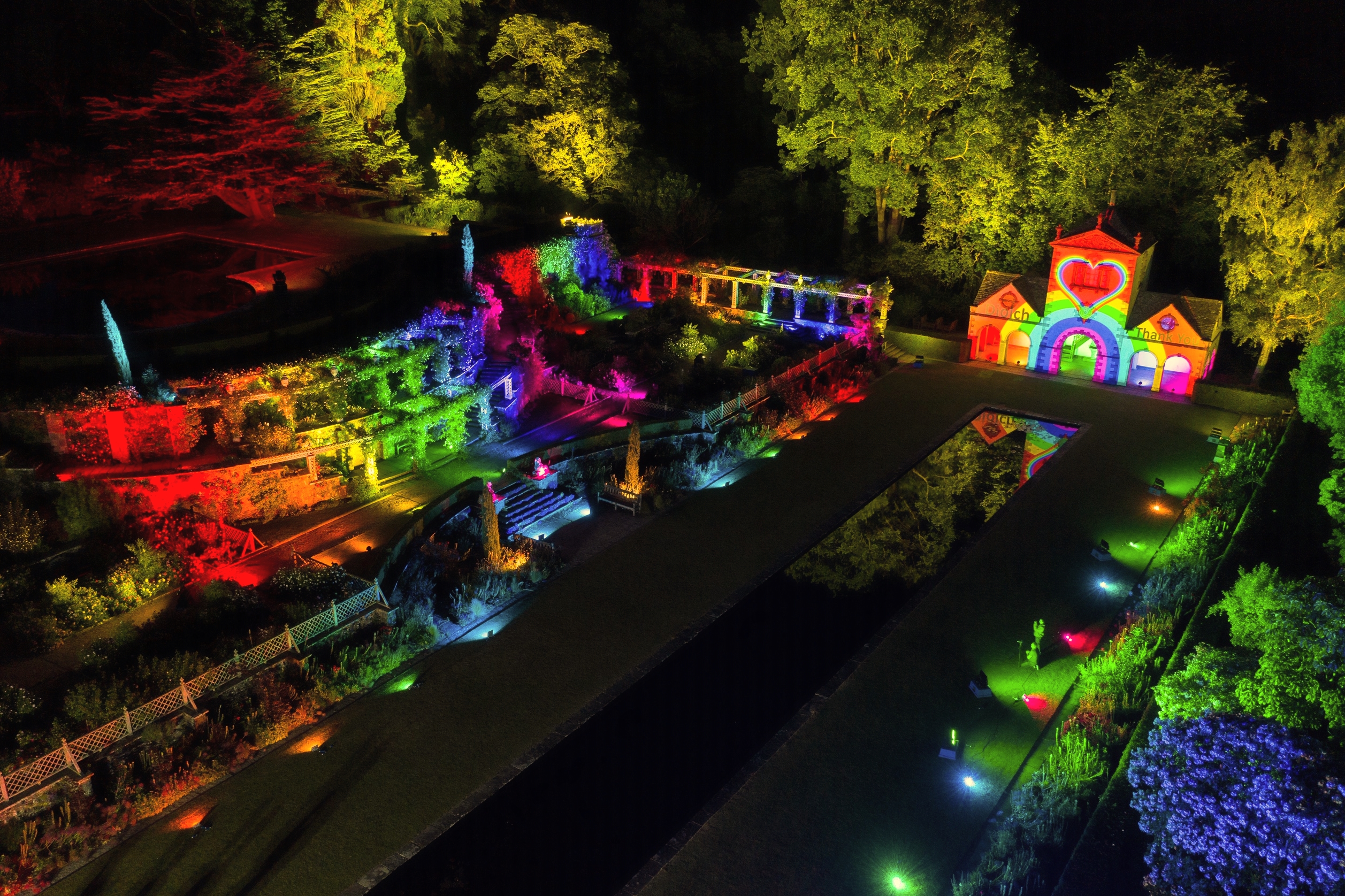 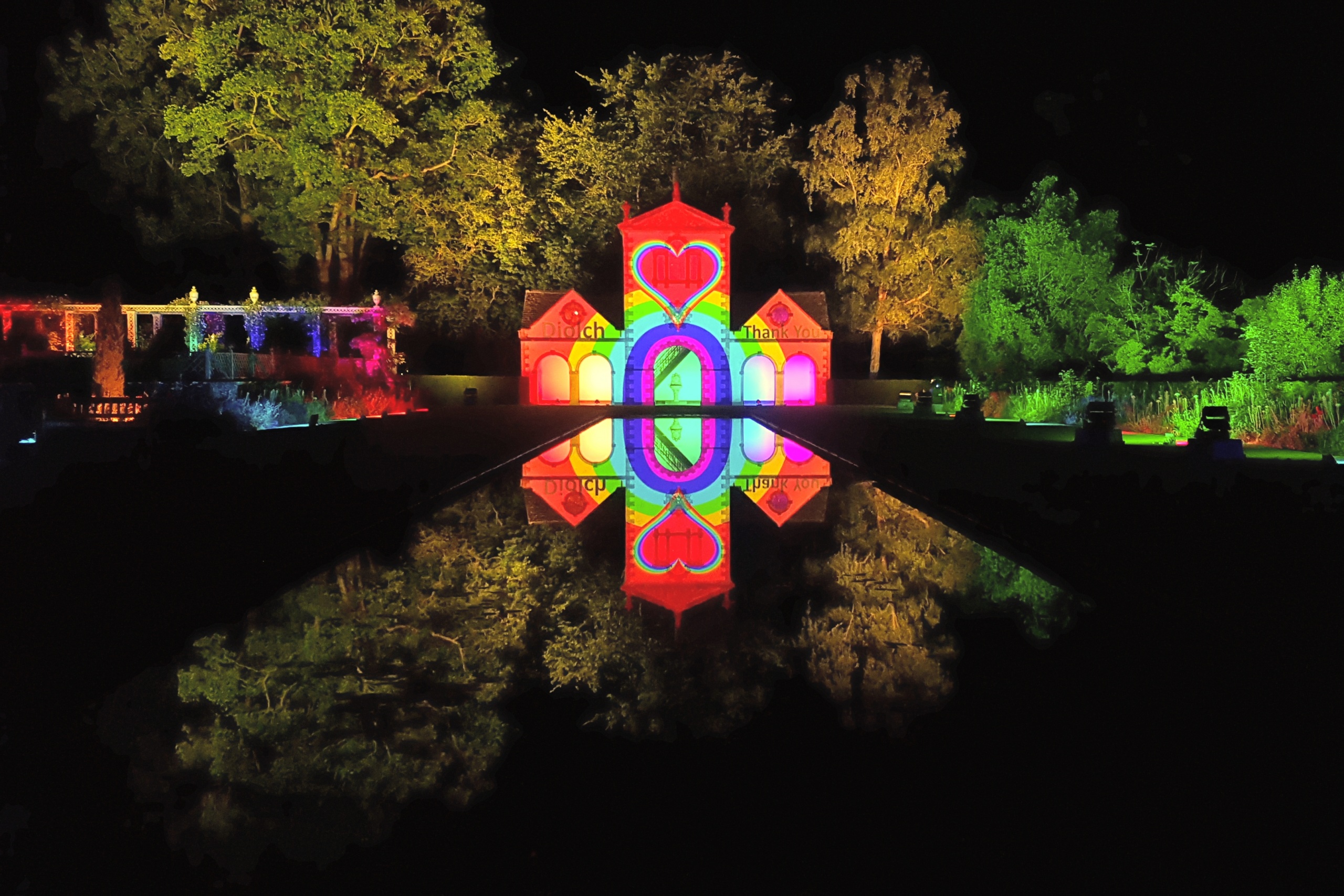 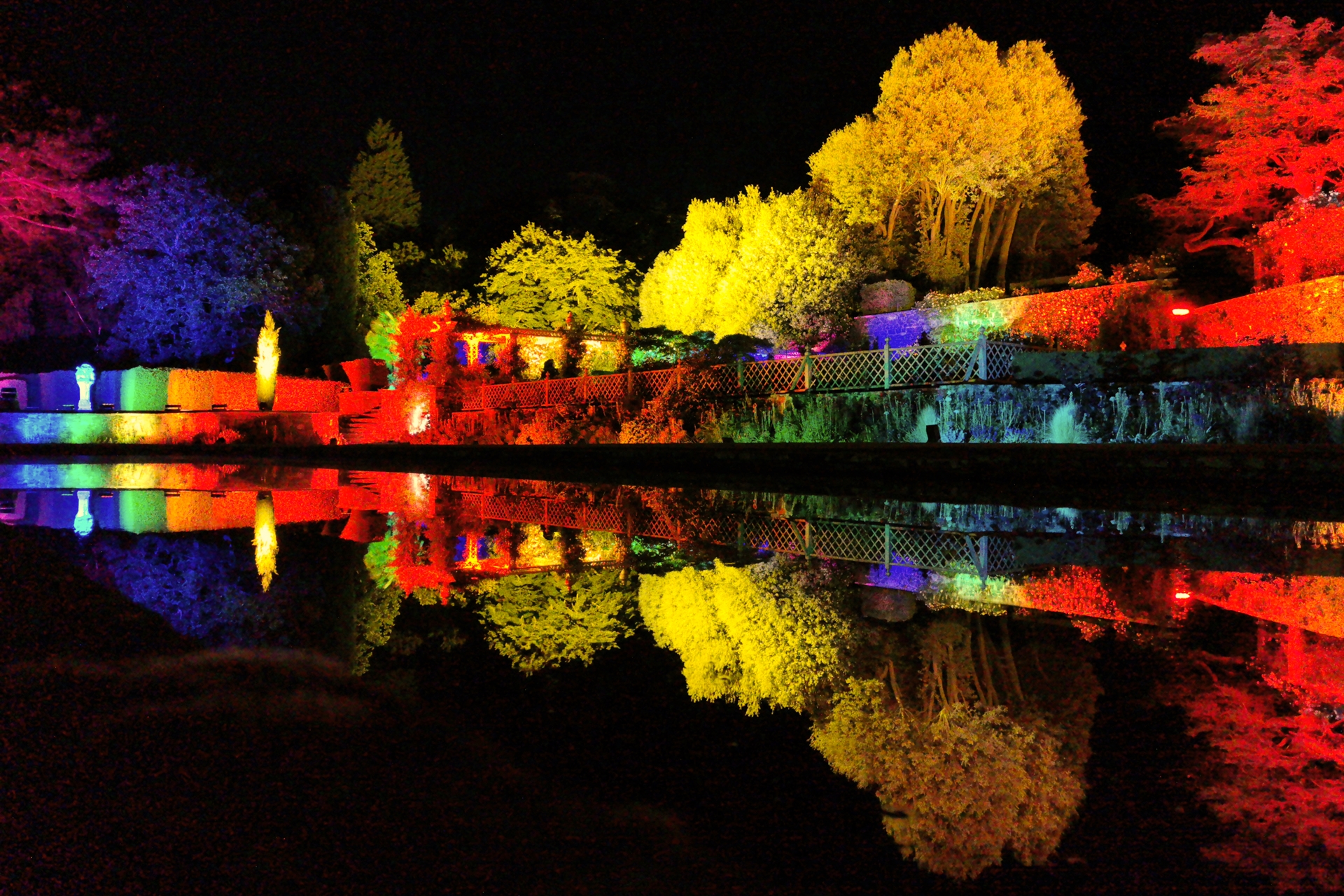 A multi-coloured Garden in Bloom

Bodnant Garden was founded in 1874 by Victorian industrial chemist Henry Davis Pochin, from his family fortunes gained through innovation in a chemical process.
His fortunes allowed him to re-develop the estate land surrounding his Georgian Mansion house into what is now considered to be one of the world’s finest gardens, incorporating collections of rare plants from all around the world including The Himalayas and South America.
During the early part of the 20th century Henry Davis Pochin oversaw the completion of the five terraces, then later in 1938 the Pin Mill building on the Canal Terrace was added.
The Pin Mill was originally built in 1730 in Gloucestershire and was rescued from decay by Henry, who dismantled it and brought back to Bodnant Garden, where he had it meticulously reconstructed.
Henry Davis Pochin served as president of the RHS (Royal Horticultural Society) and in 1949 handed over Bodnant Garden to The National Trust, who have maintained and cared for it since that time.
Since its founding during the reign of Queen Victoria, Bodnant Garden has been nurtured and developed by five generations of the same family and now in the care of National Trust Wales, the historic gardens are considered to be one of the world’s finest, drawing in hundreds of thousands of visitors each year.
In 1977 during her Silver Jubilee year, Bodnant Garden was even visited by Queen Elizabeth and Prince Philip who planted a tree to commemorate the Jubilee.
One commentator on Bodnant Garden described the gardens as “the richest garden I have ever seen. Knowledge and taste are combined with enormous expenditure to render it one of the wonders of the world.” 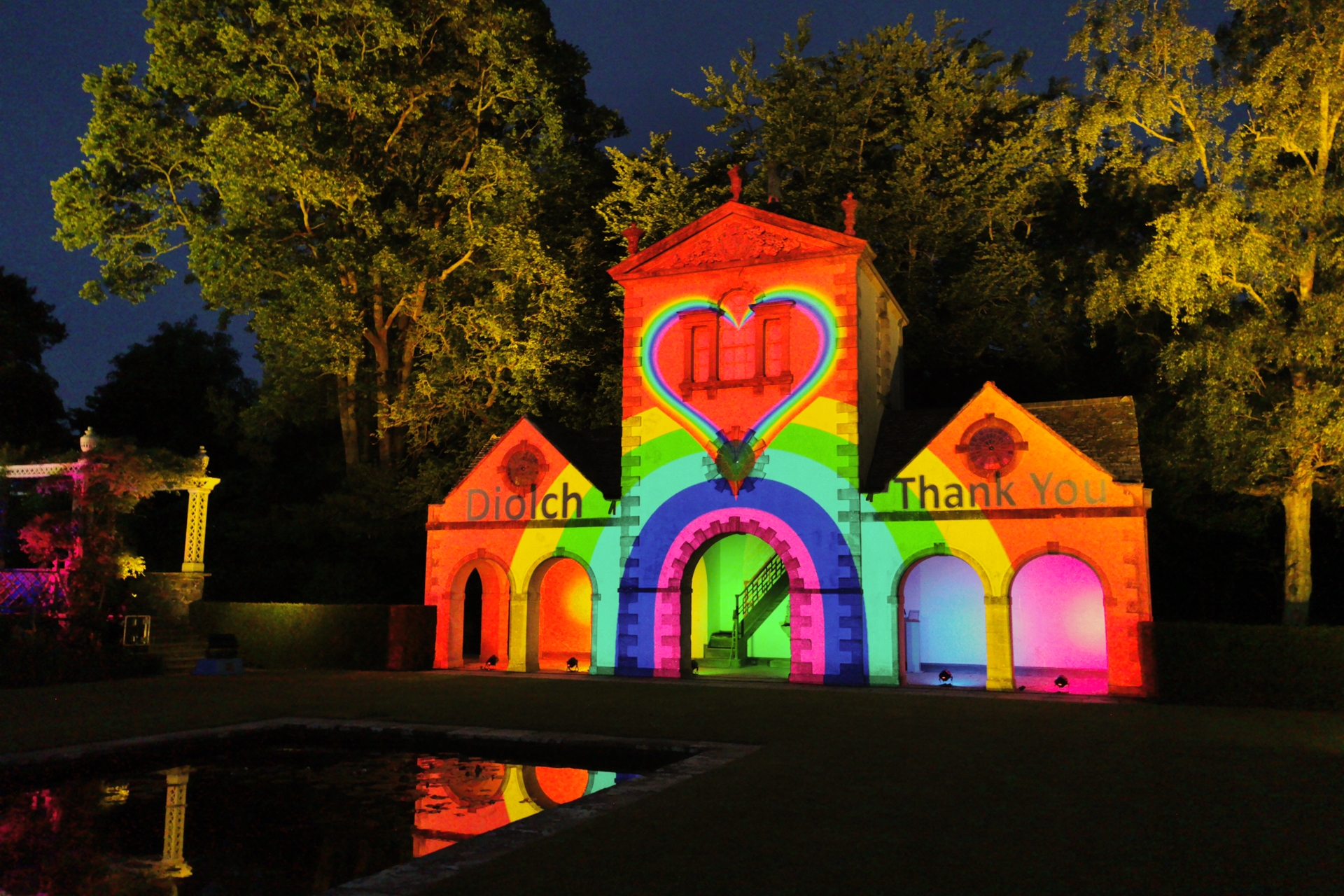 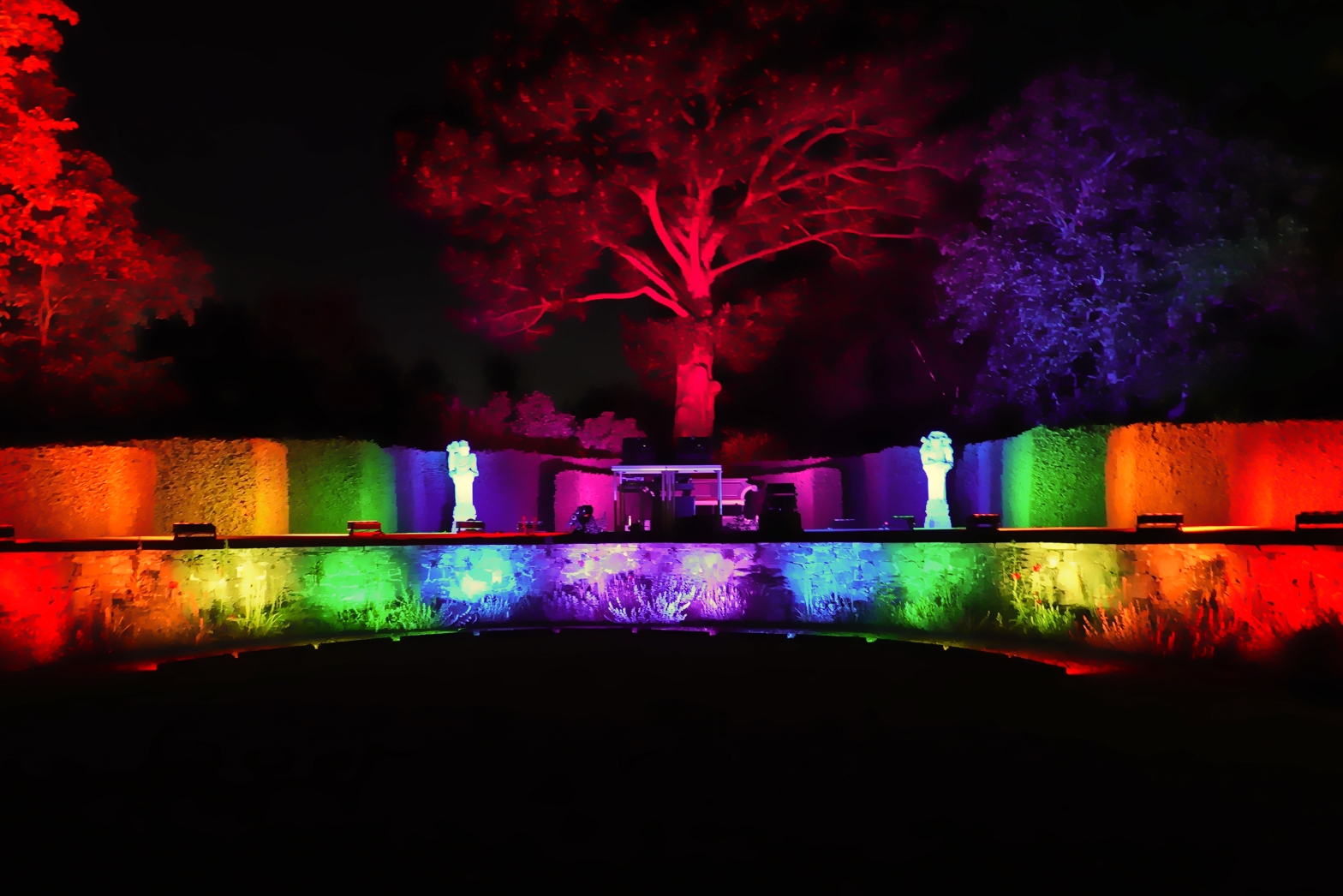 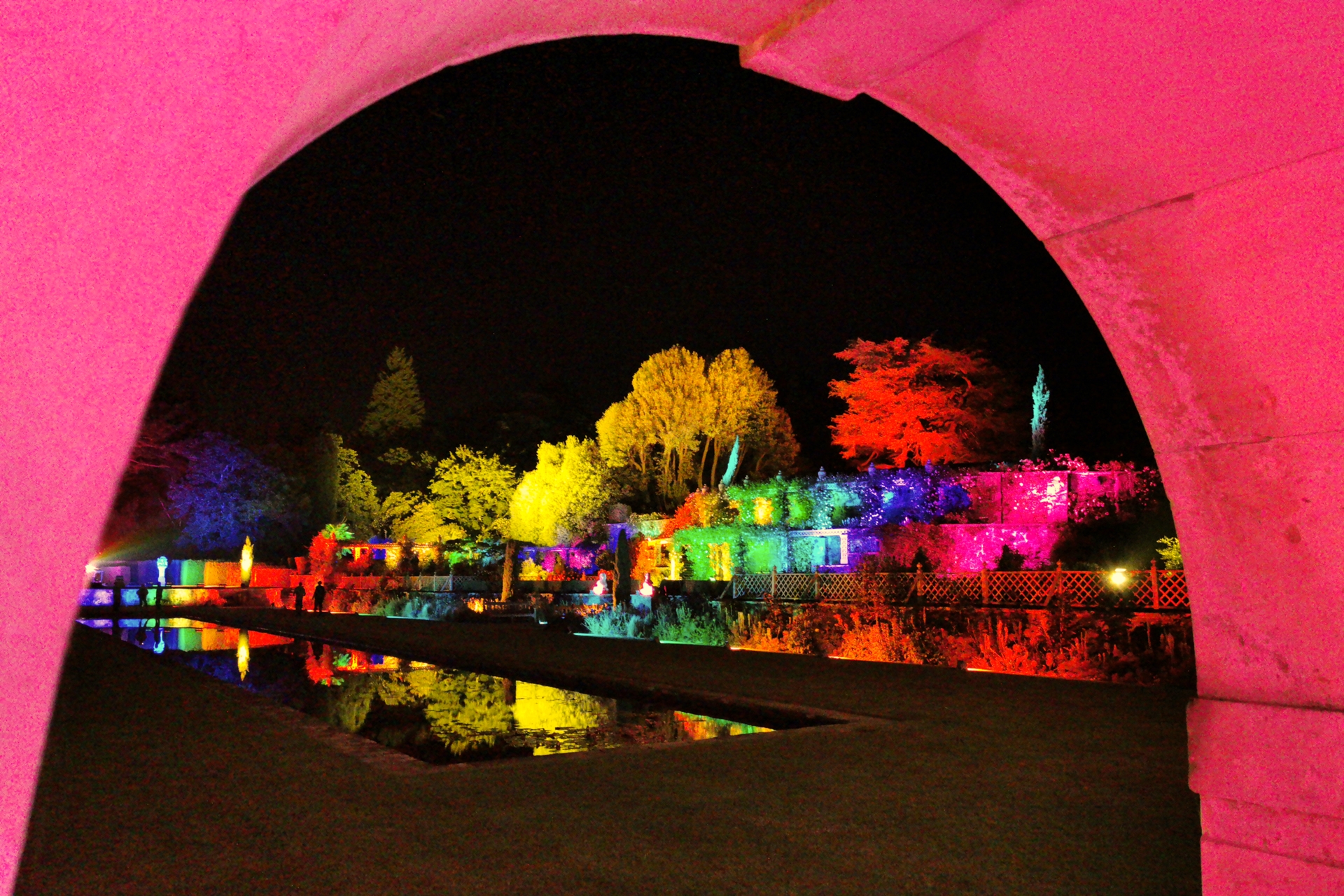 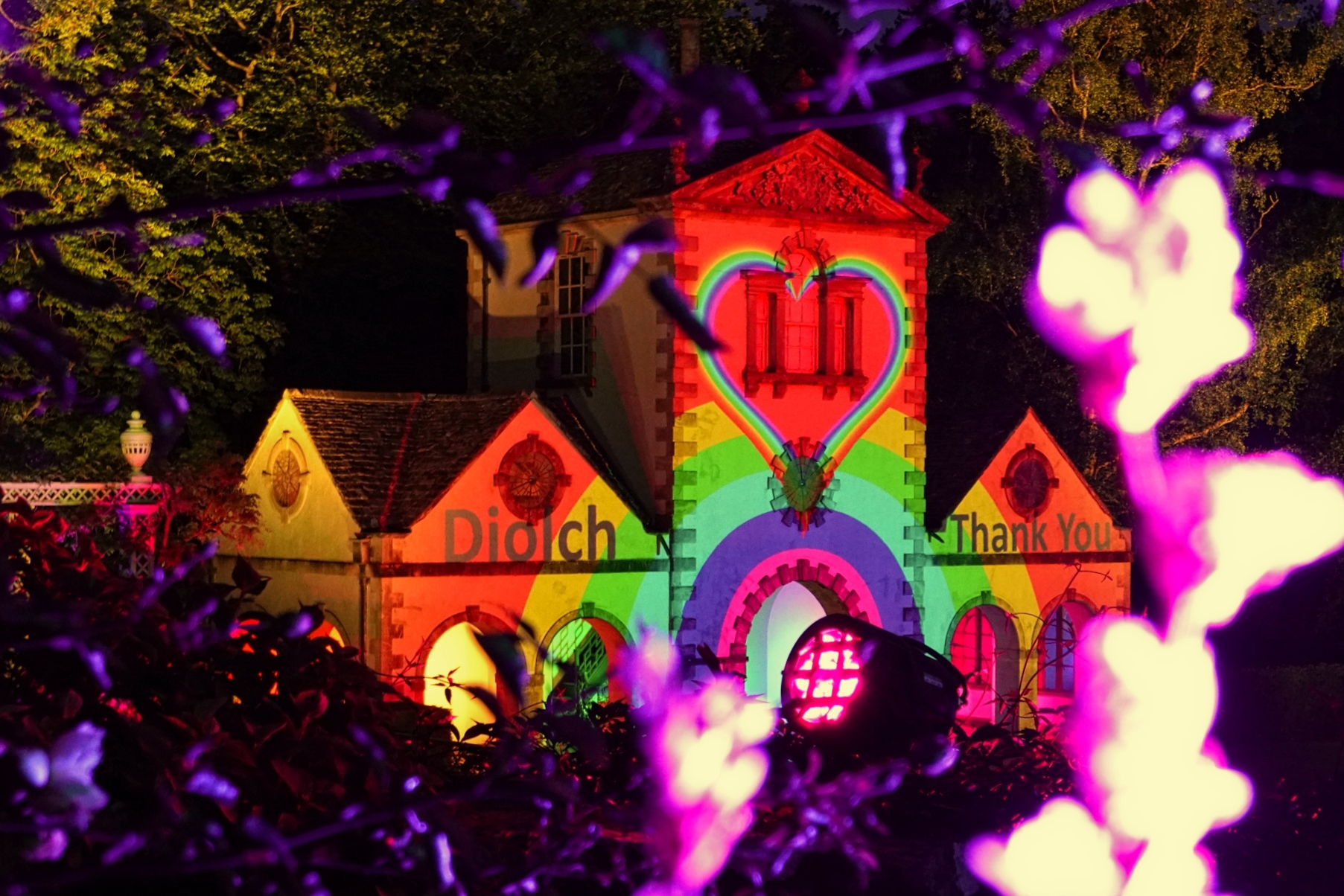 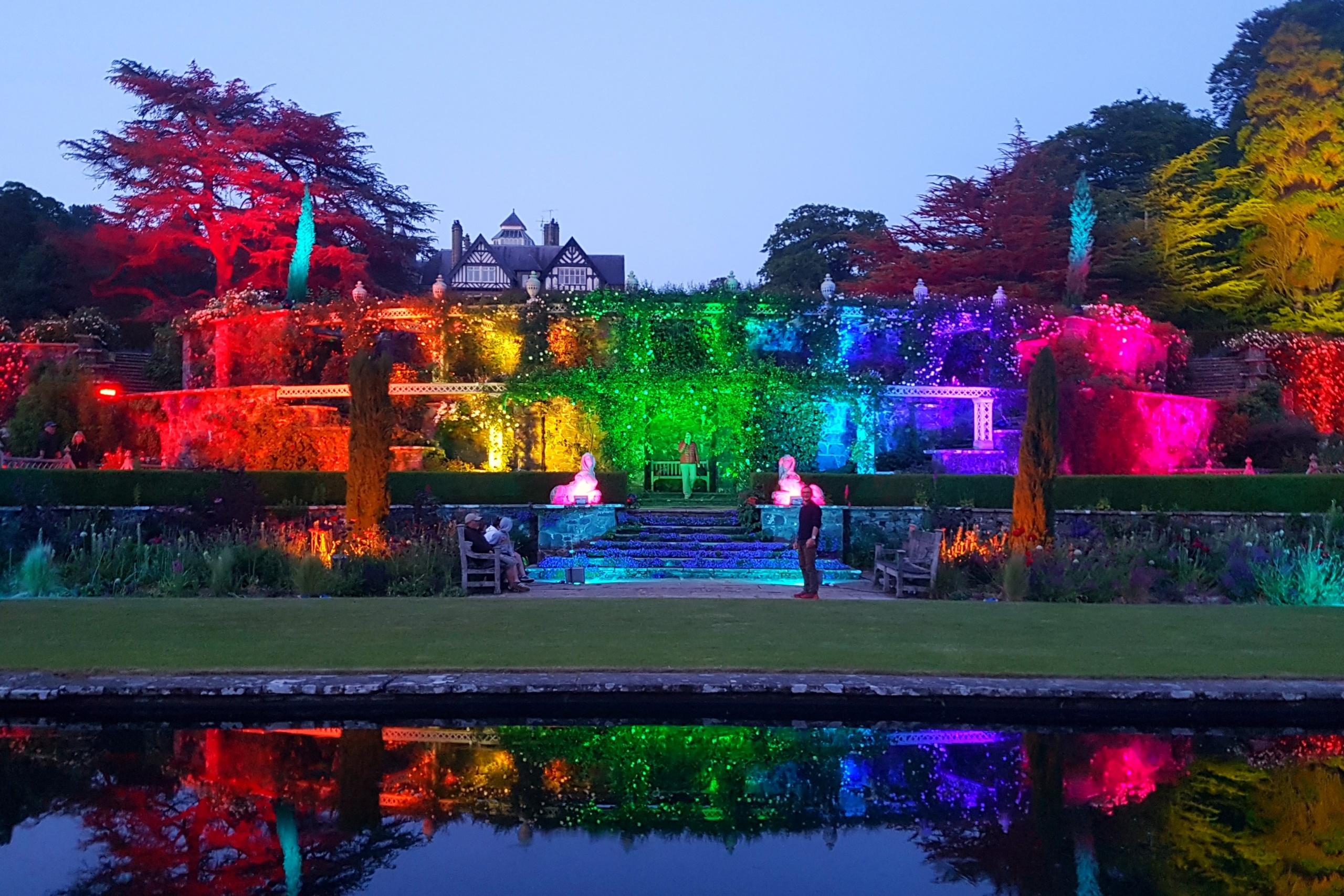 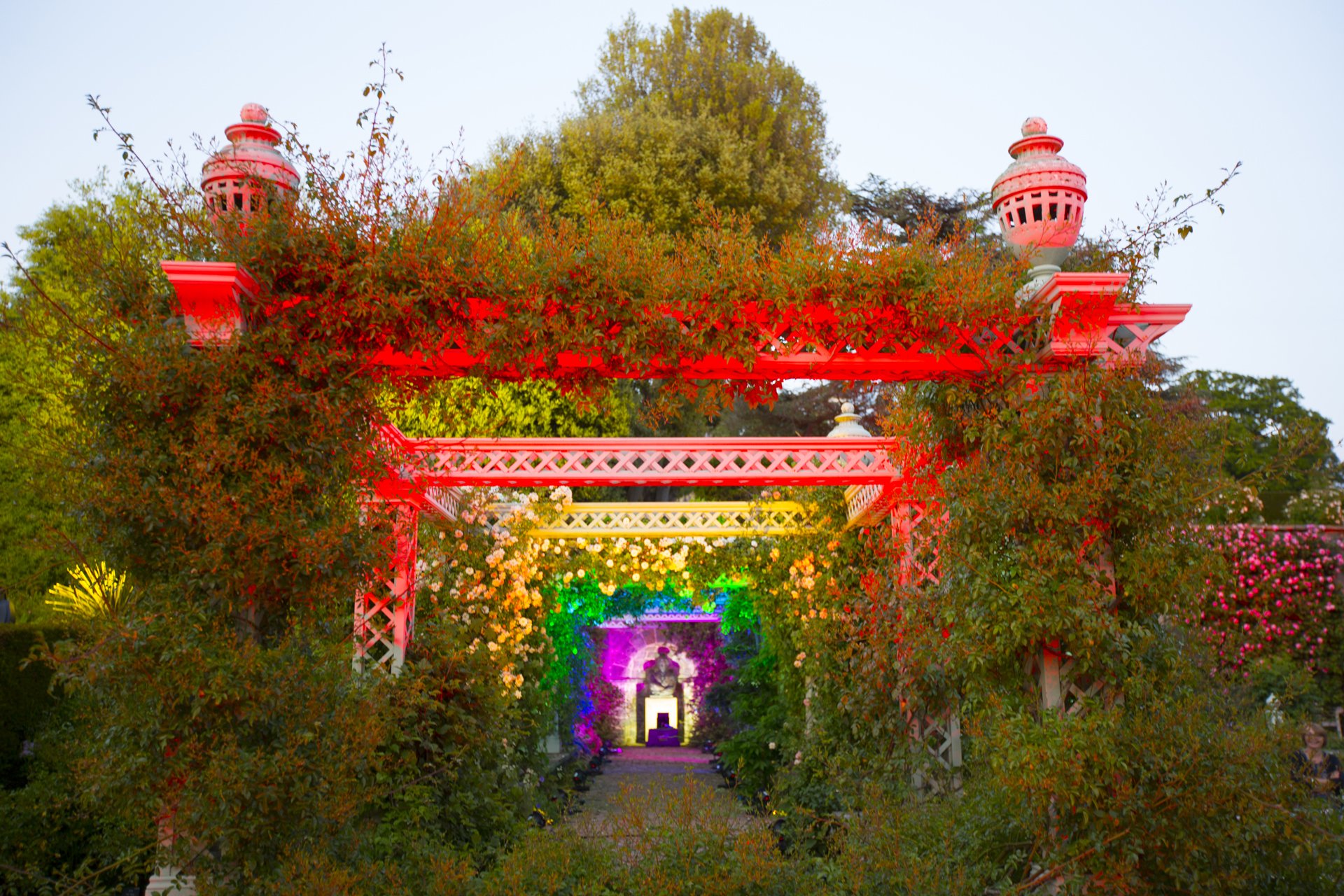 With its unique horticultural beauty and inspiring architectural style Bodnant Garden is a truly amazing canvas to illuminate and as the day light started to fade the beautiful Italianate Terraces, Rose Garden, Pin Mill and Lily Pond were transformed in to a magnificent rainbow coloured garden of light.
Using our Chauvet, Studio Due and SGM outdoor LED lighting fixtures the trees, plants, flowers and unique architecture were lit up with different colours of the rainbow.
As the dark of night drew in, Bodnant Garden started to come to life with beautiful vibrant shades of colour like an illuminated scene from a fairy-tale.
Magnificent rich coloured rainbows of light illuminated the beautiful Italianate Terraces, Rose Garden, Pin Mill and Lily Pond of Bodnant Garden – creating a beautiful symbolic illuminated message of thanks and support to the amazing staff of the NHS – and all of the carers and key workers of North Wales. 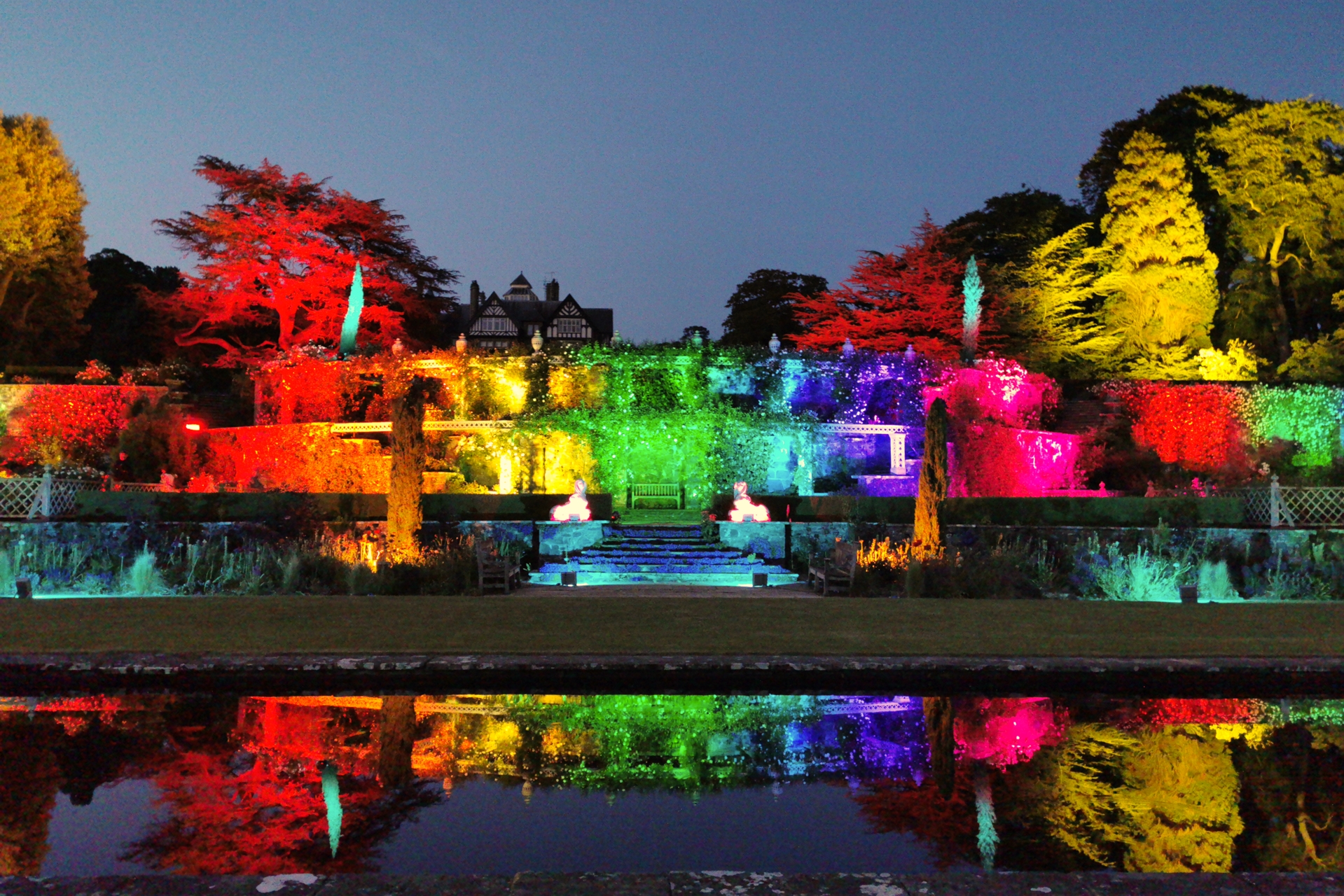 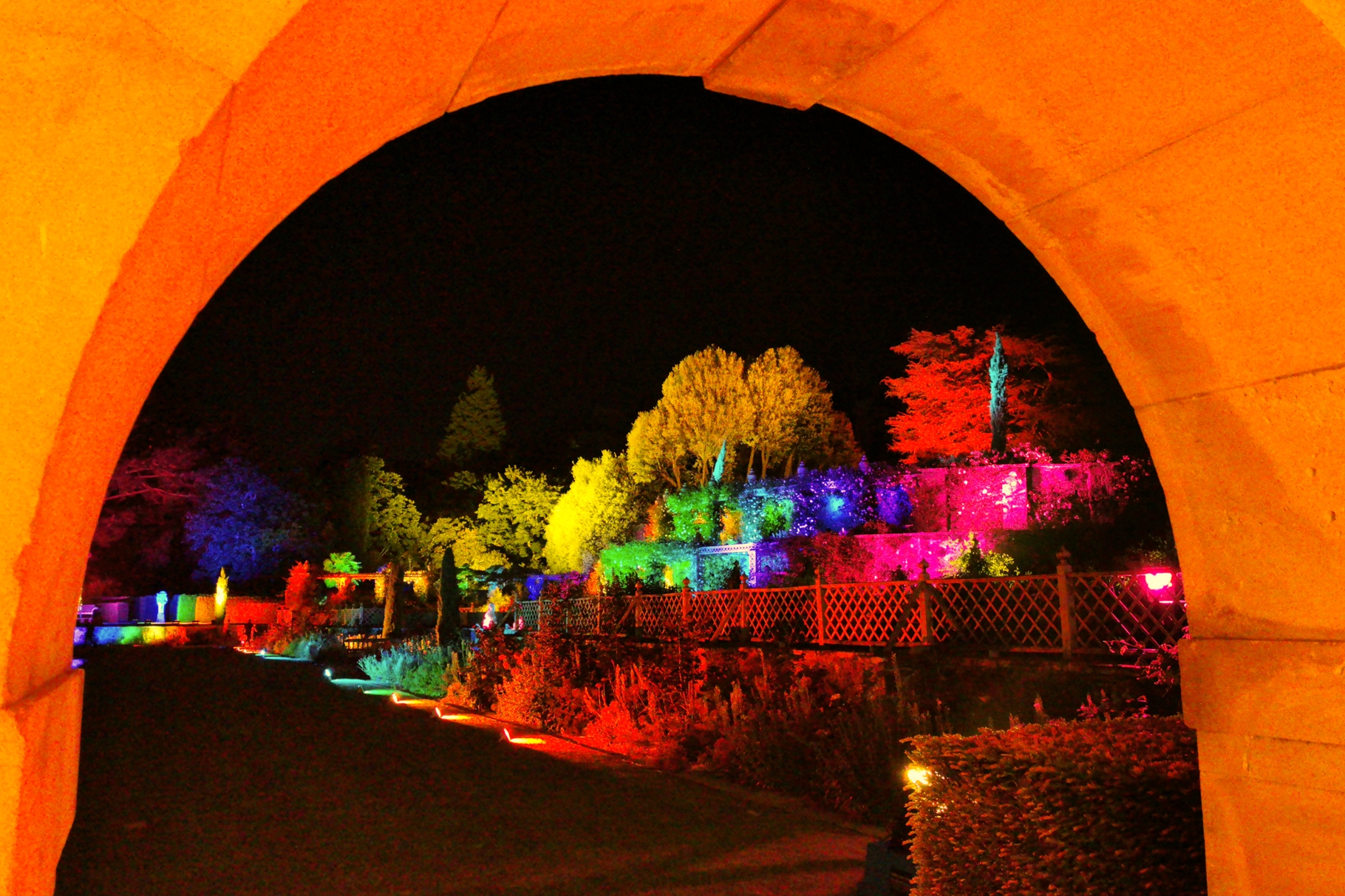 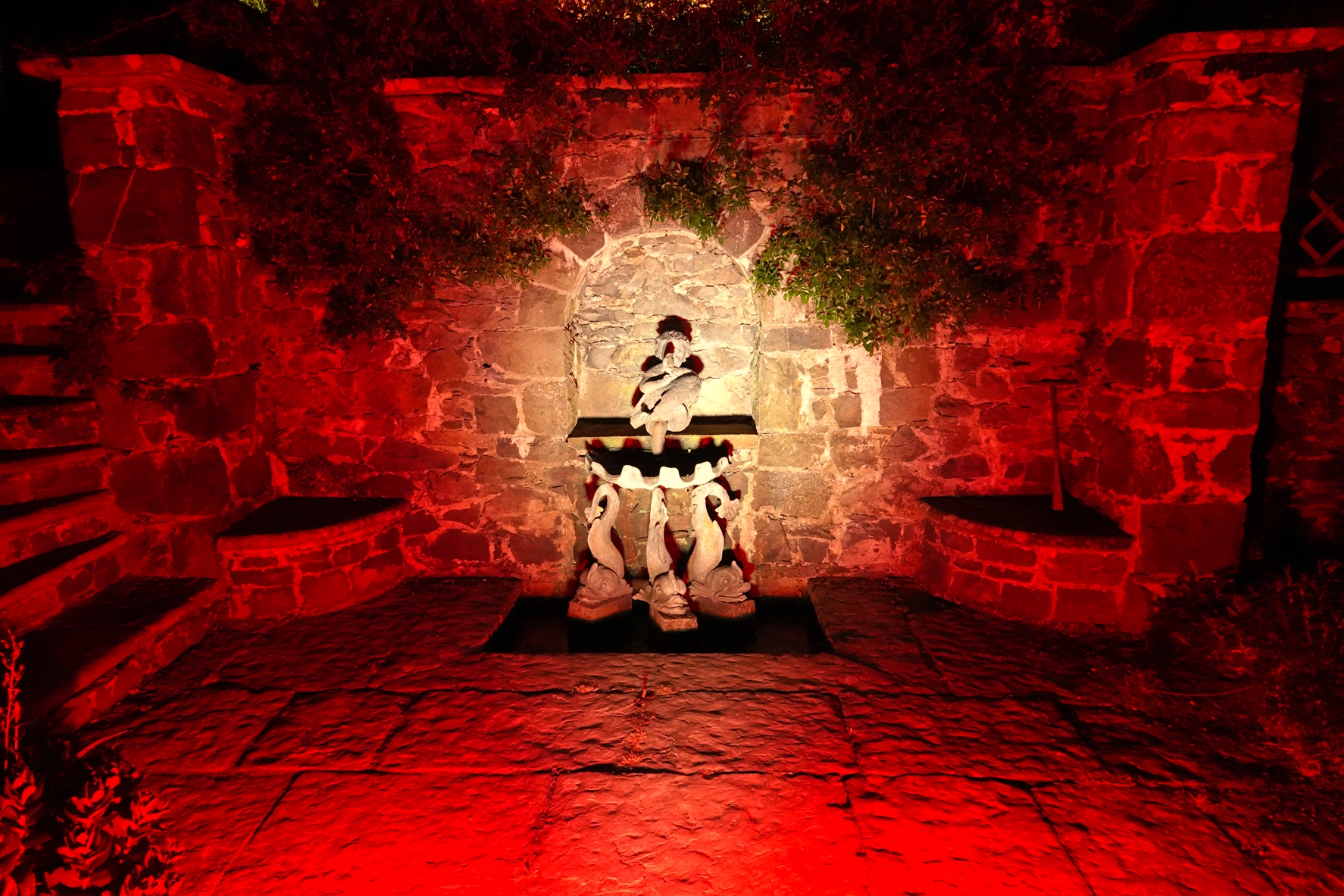 A spectacular beacon of hope

The much loved North Wales treasure of Bodnant Garden glowed magnificently with a spectacular glowing rainbow of multi-coloured lighting, like a magical night-time scene from a fairytale.
What a beautiful and truly inspiring way to say thank you to the amazing staff of the NHS, carers and key workers of North Wales. 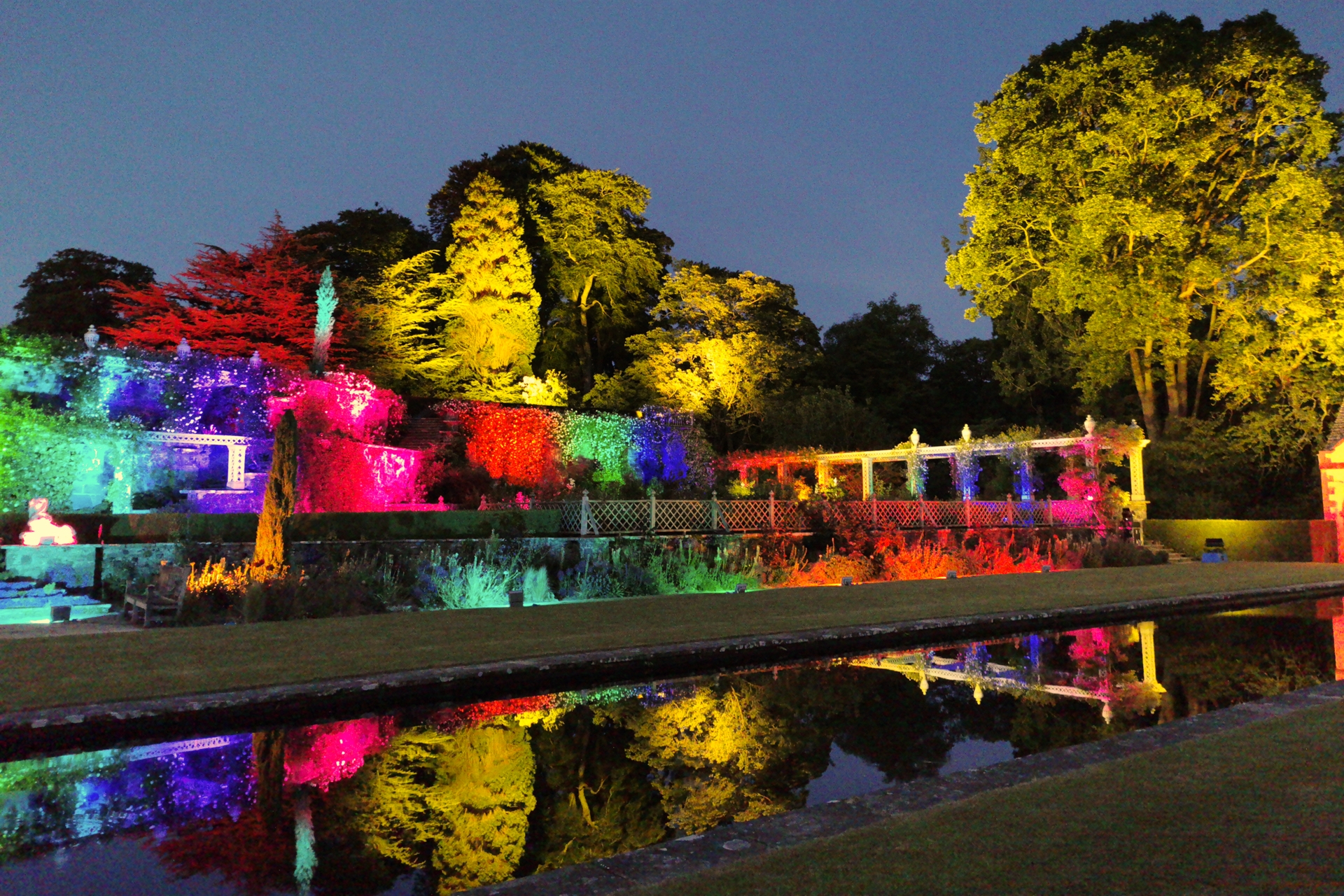 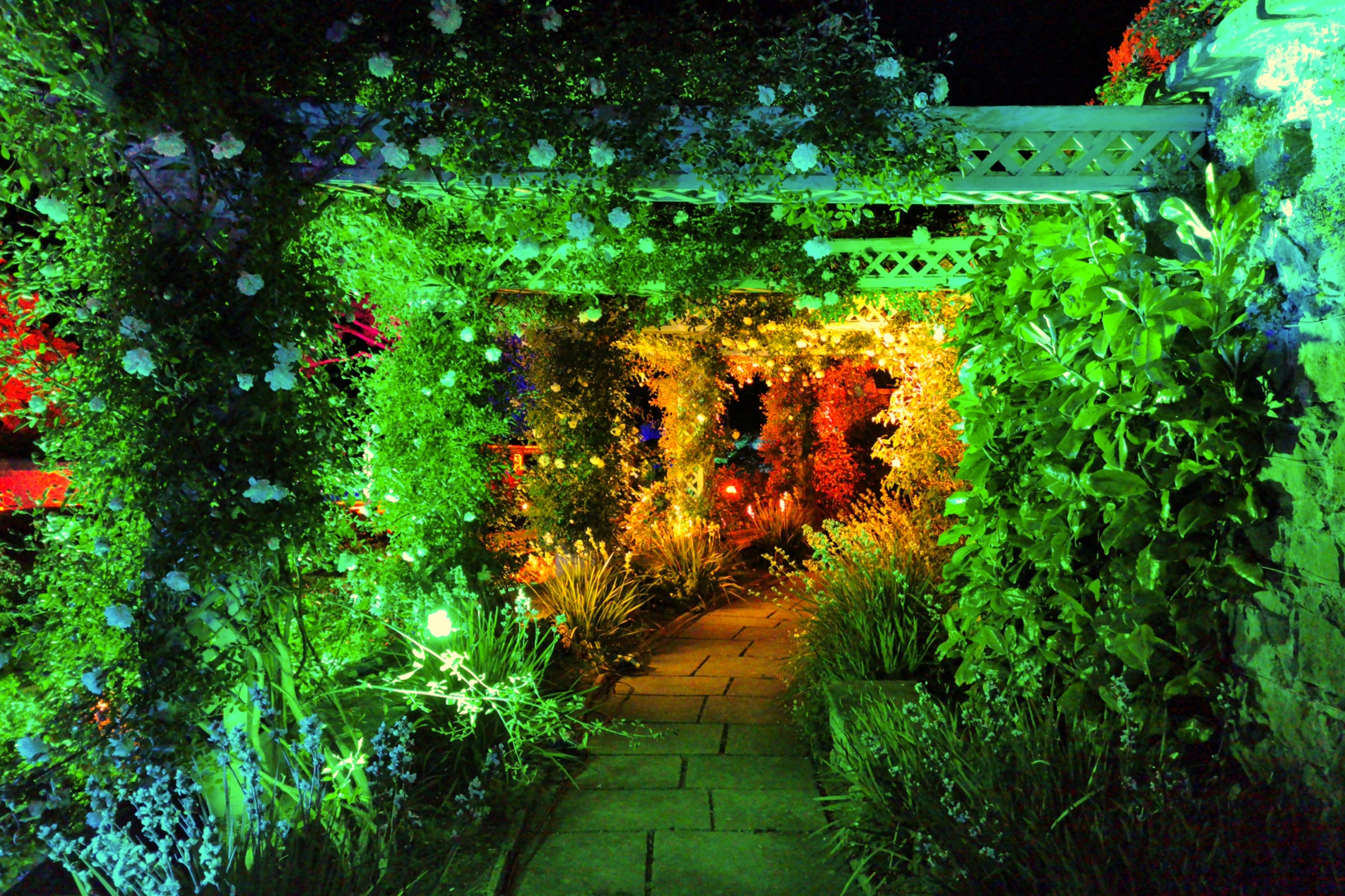 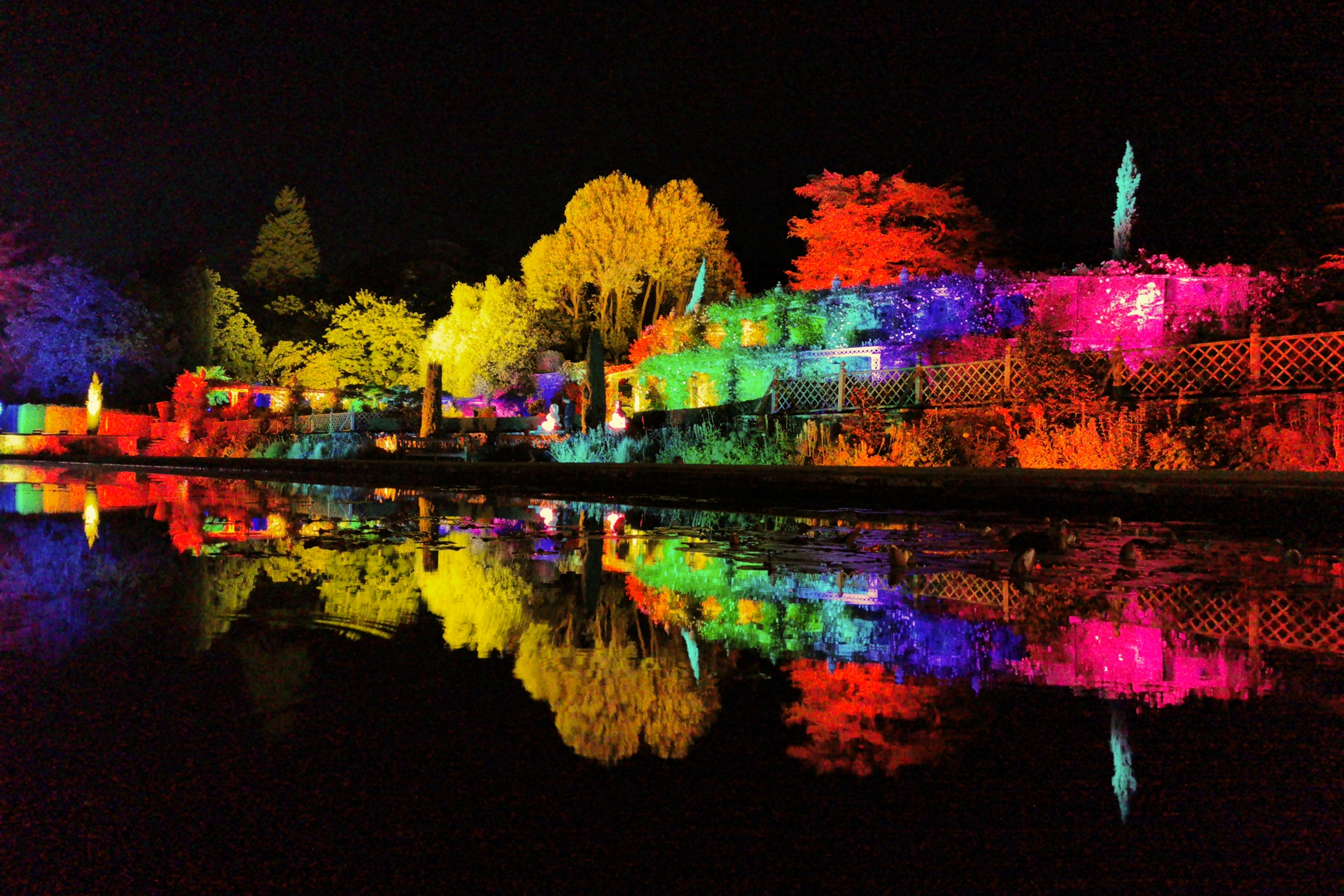 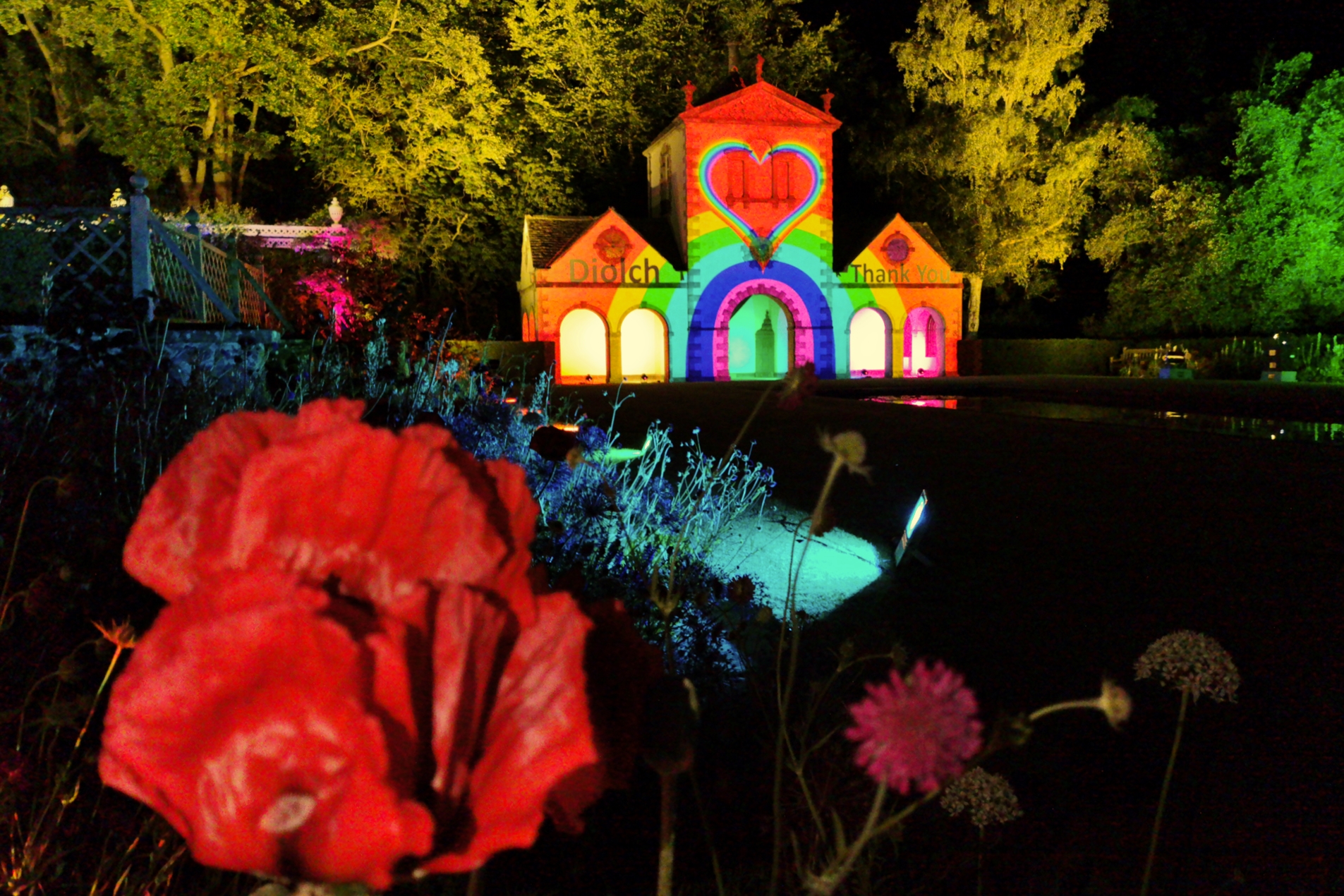 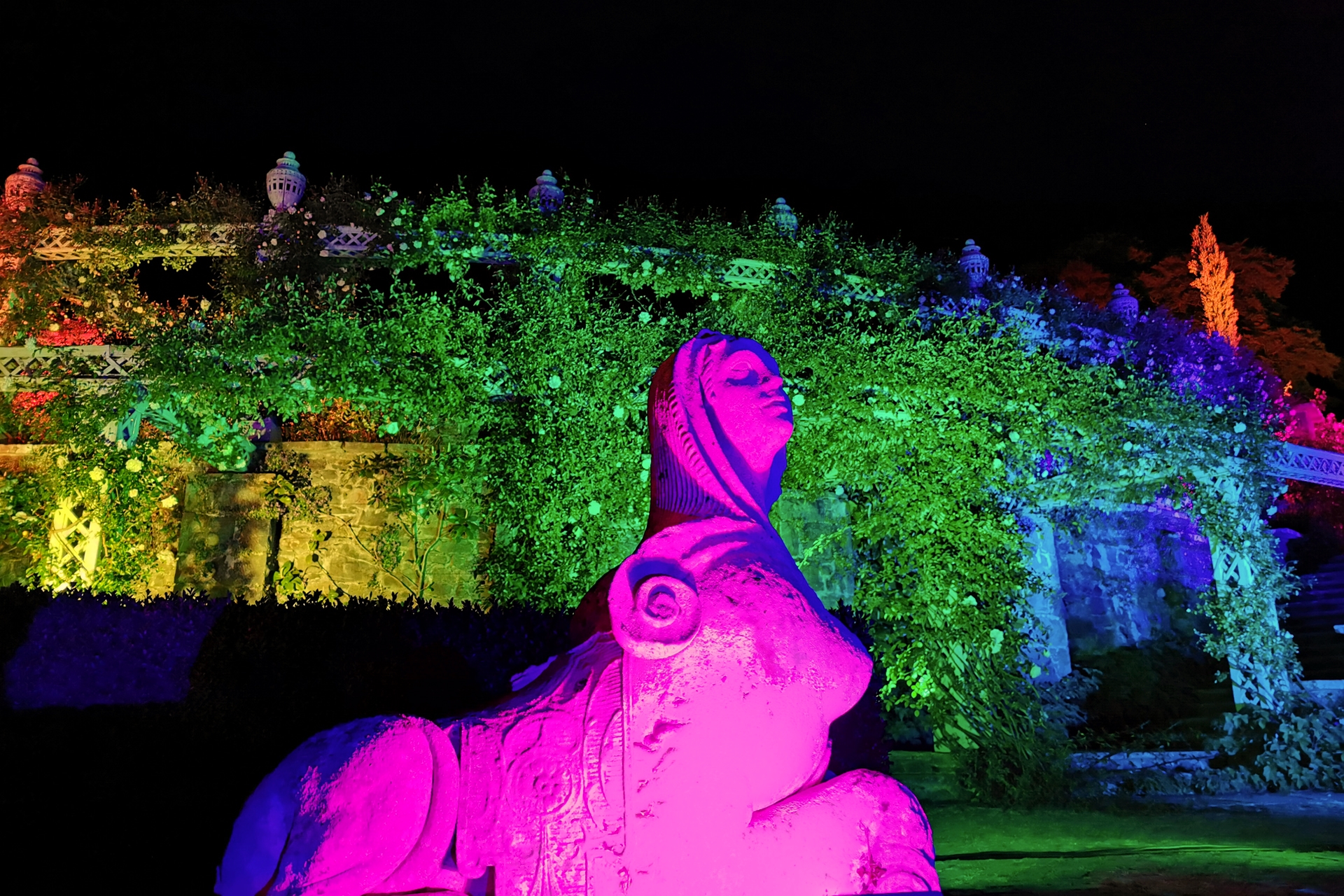 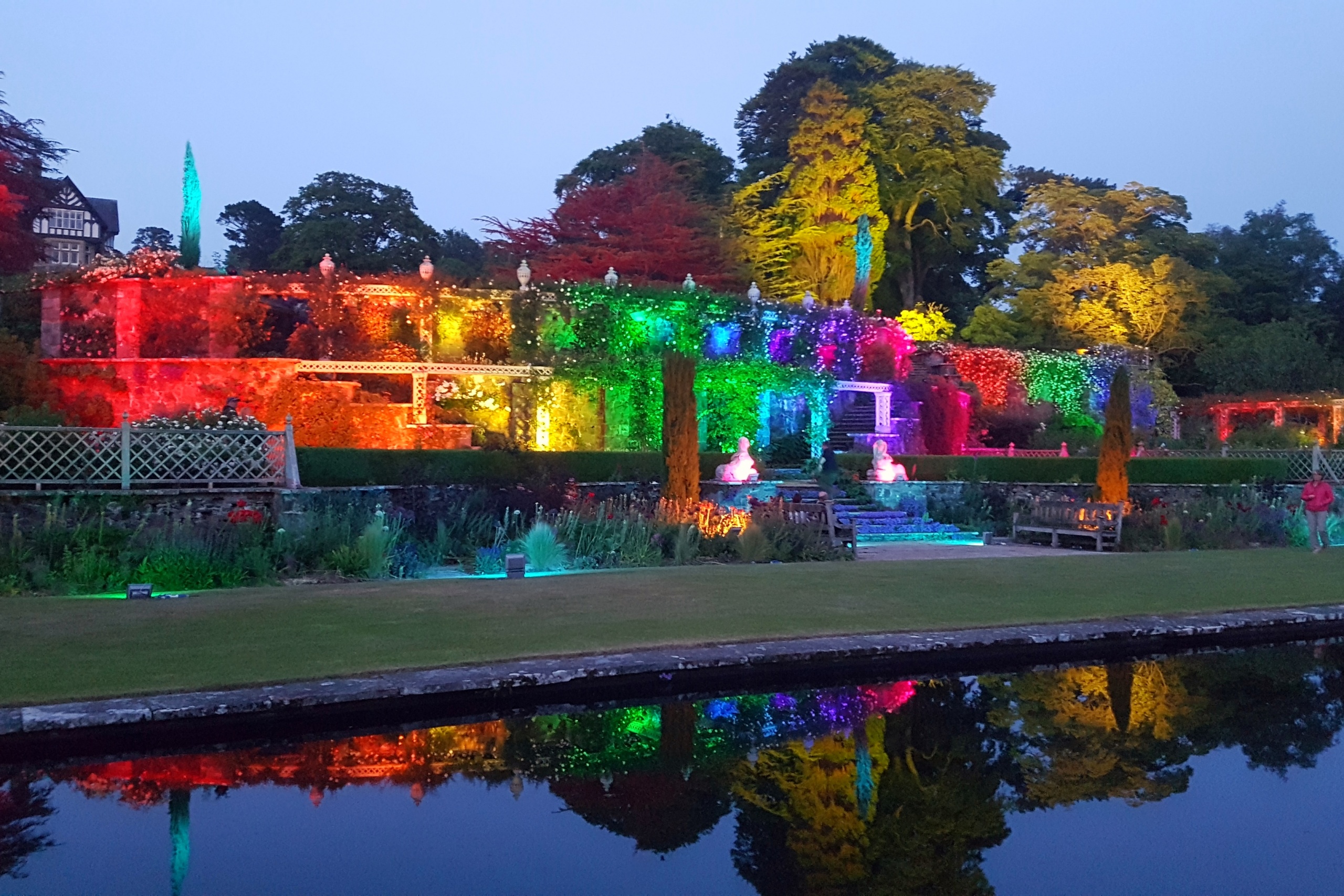 An outdoor projection mapping message of thanks 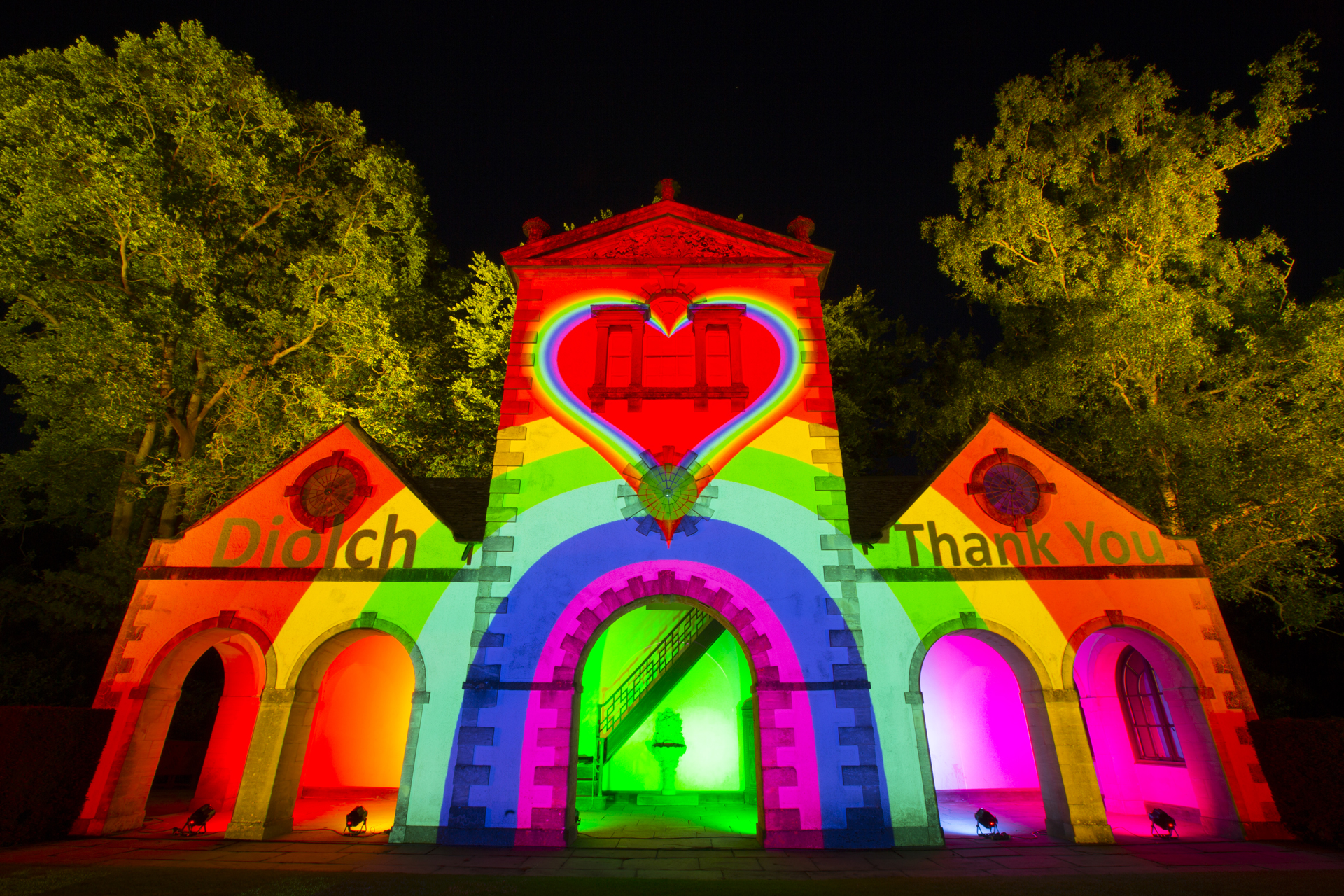 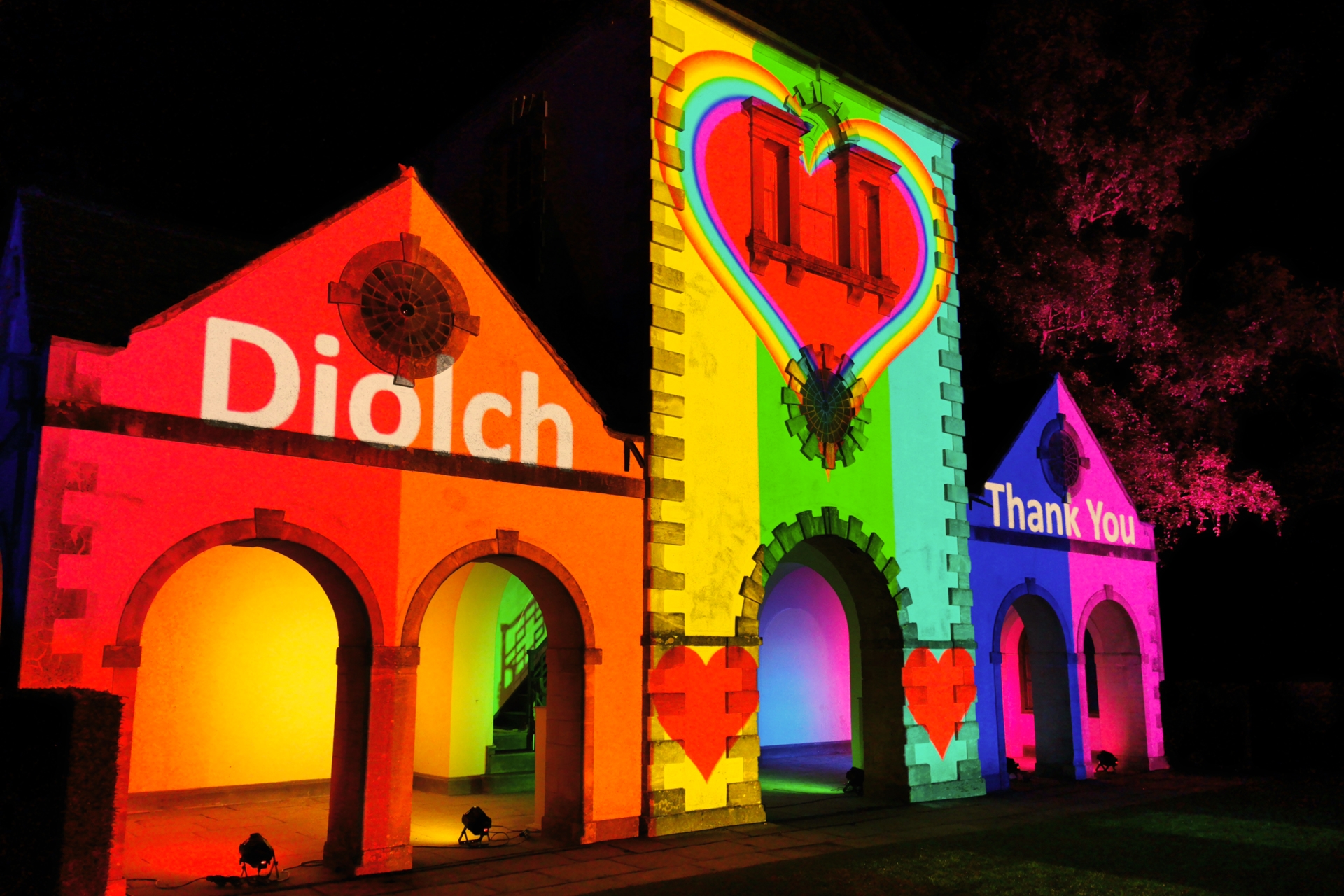 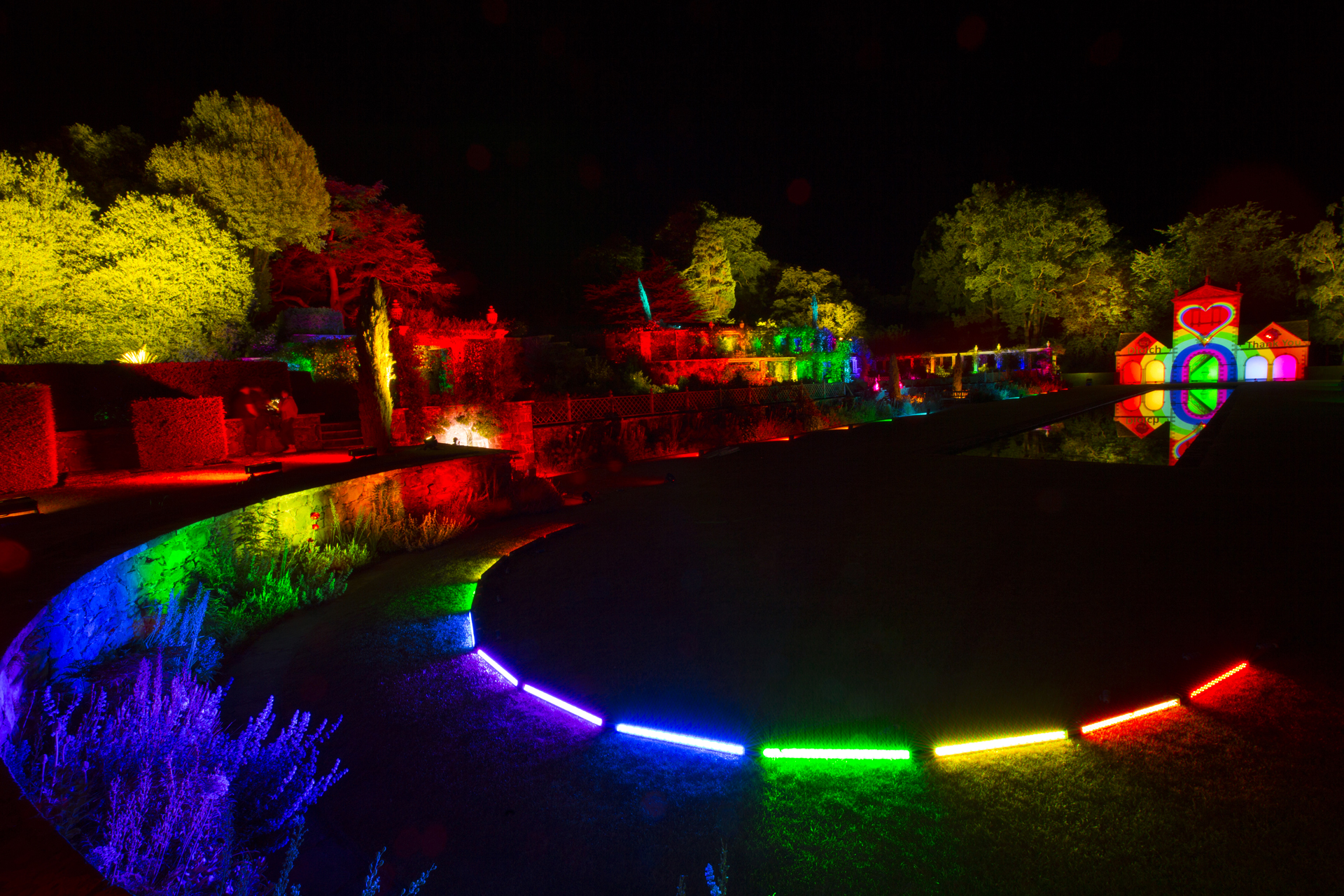 Illuminated Events would like to say a special thanks to National Trust Wales, the Bodnant Estate and the McLaren family for the privilege of illuminating Bodnant Garden.
We also wish to extend our sincere gratitude to Maxplant Generator Hire of Llandudno for providing the temporary electrical supply to power the illuminations – and also all of the much appreciated volunteers who gave their time and dedication to make this project a great success.
Photo credits to: Steve Bernard, Sheldon Thomas, Matt Day, Gerallt Jones and Will Kelly. 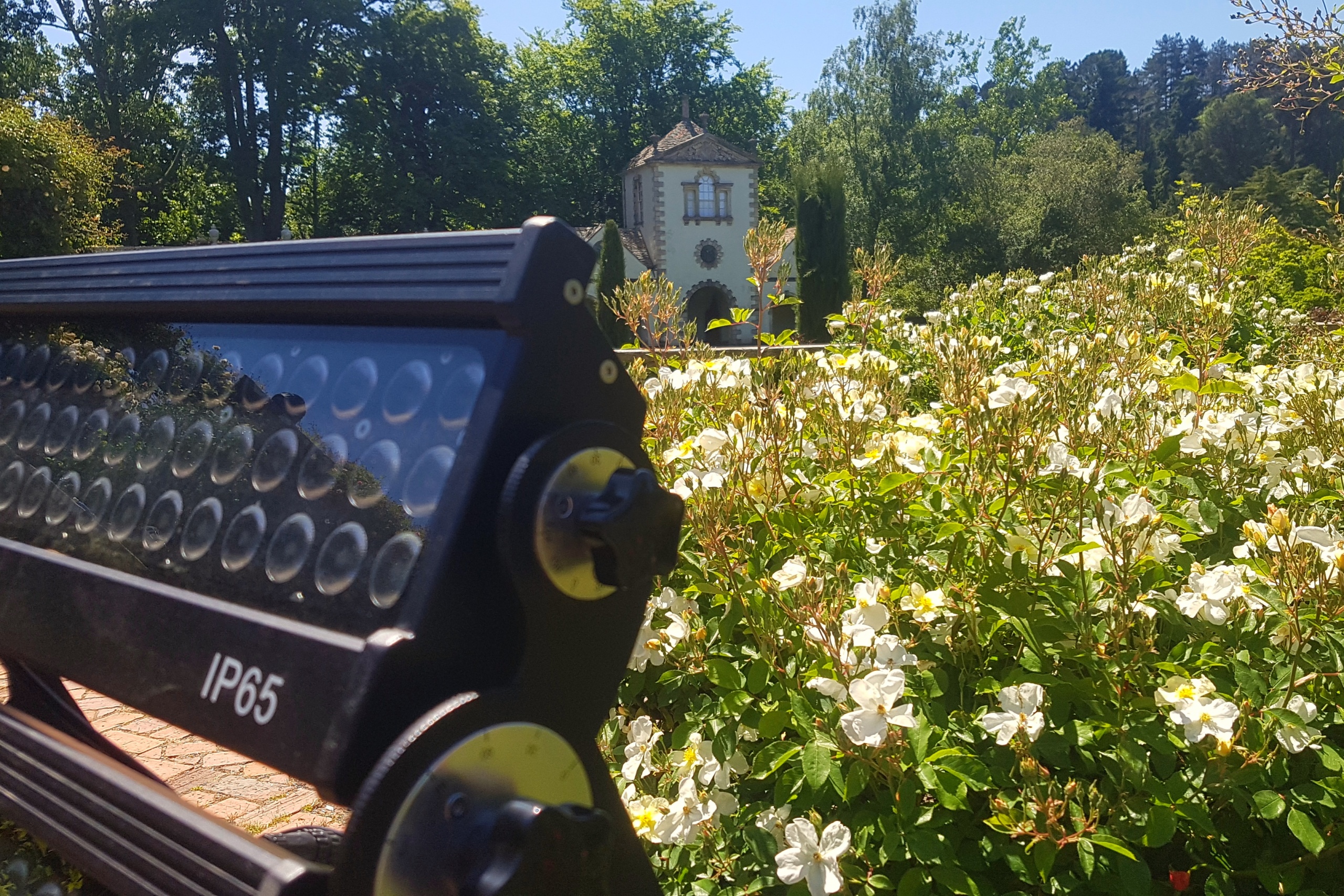 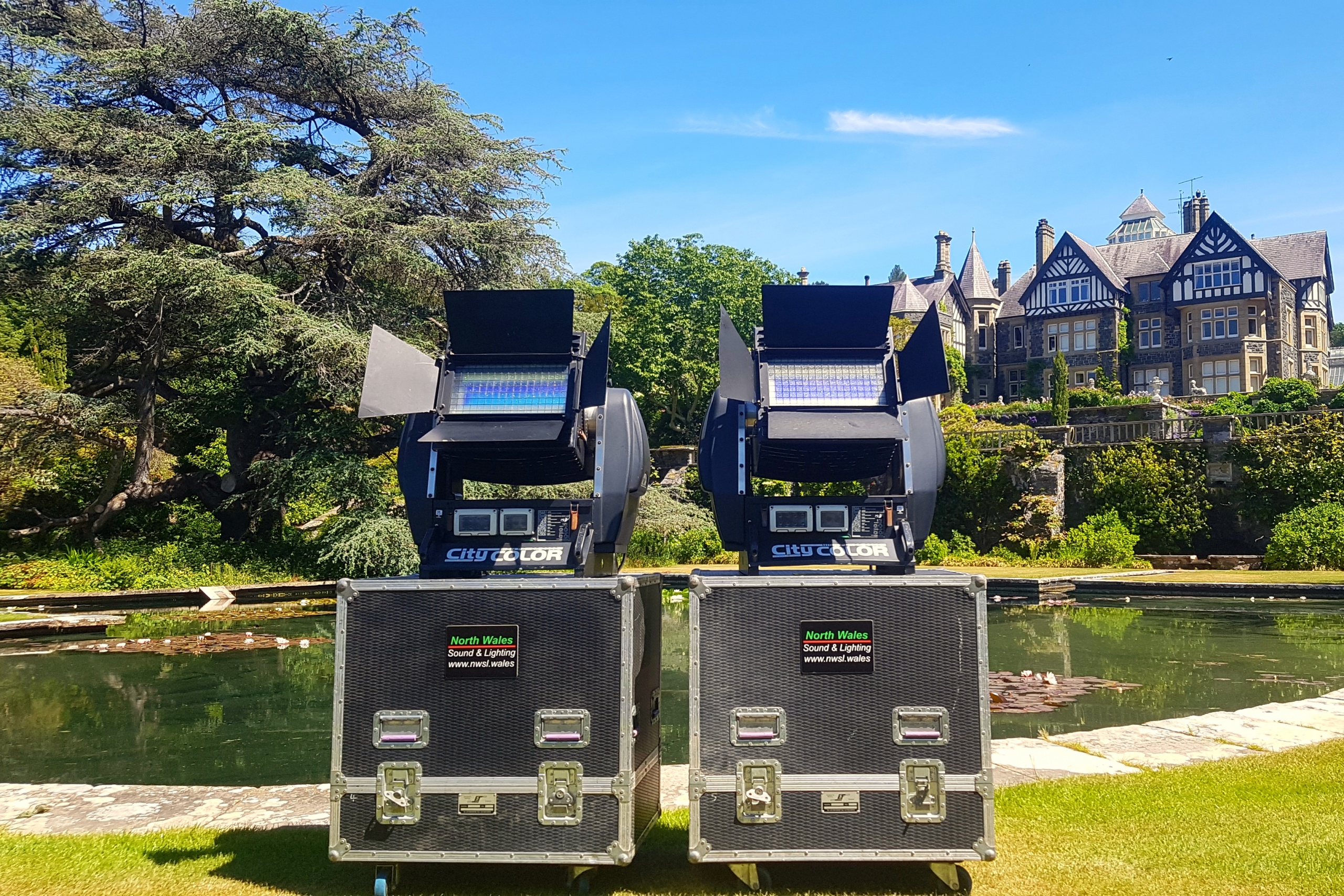 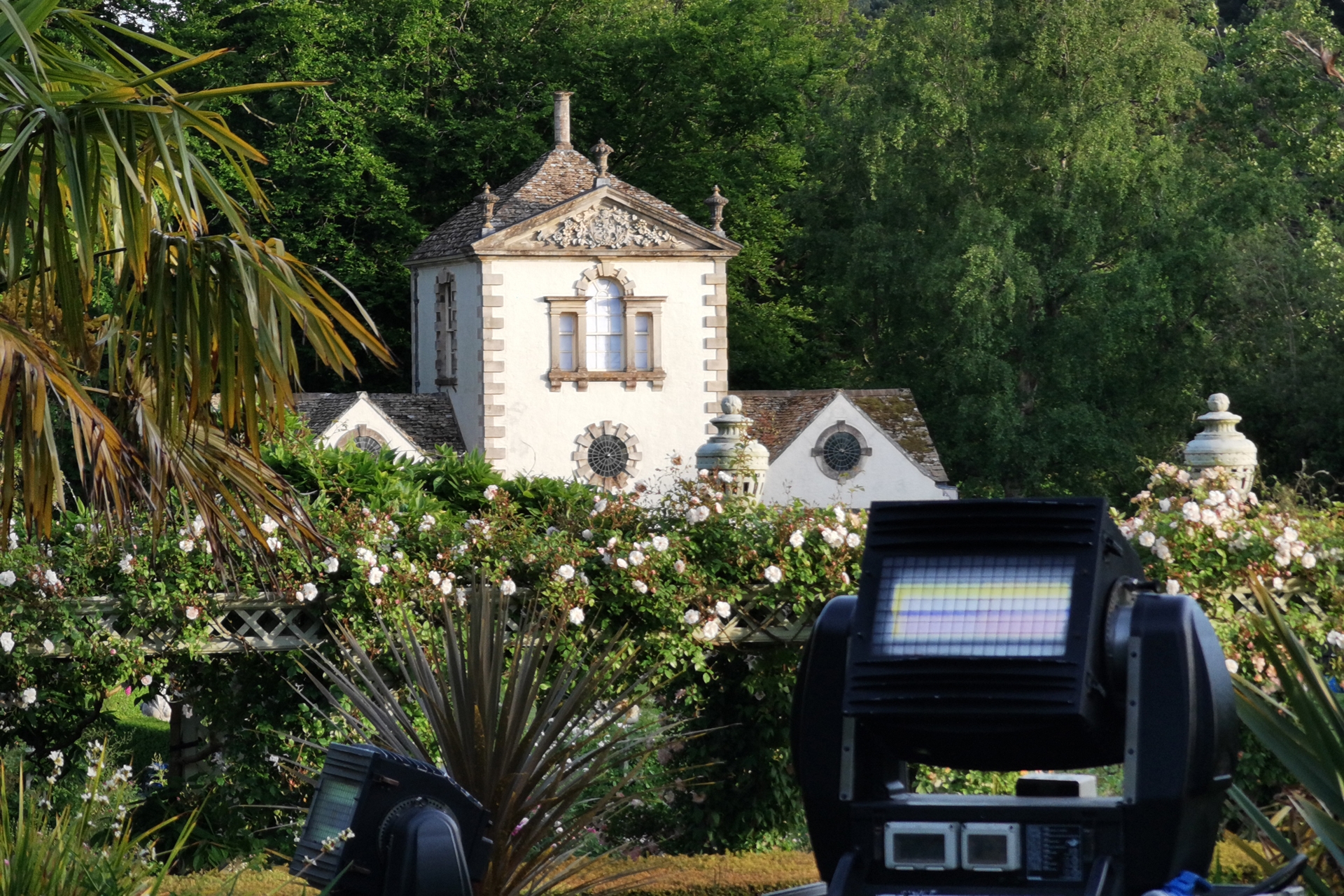 ← Next Article
We use cookies to ensure that we give you the best experience on our website. If you continue to use this site we will assume that you are happy with it.Ok